A popular dining option in the Toronto downtown, Sidecar restaurant provided meals, wines and cocktails for more than ten years. It was well located and attracted a loyal customer base. Sidecar restaurant is now permanently closed for business. Learn about other cafes nearby.

Sidecar Bar and Grill was located at 577 College Street in the Little Italy district of downtown Toronto. It was opposite Clinton Dental and close to Trattoria Taverniti Italian restaurant and Cafe Diplomatico.

Sidecar was open every night from 5 pm to 10 pm, and the bar was open until 2 pm.

It served three-course prix fixe meals at $27 from Sunday to Wednesday, and in 2016 it joined the trend of eateries that called an end to tip. The owner of Sidecar Canada was Bill Sweete, who was forced to close the business in February 2019 due to financial difficulties. It had been in business since 2008.

Sidecar restaurant took its name from the famous cocktail. The sidecar cocktail has its origins in London or Paris at some time around the end of the first world war. It was, in turn, named after the side car motorbike attachments that were in everyday use at the time.

The cocktail comprises cognac, triple sec and lemon juice, which are all shaken with ice and strained into a cocktail glass. The cocktail was originally served as equal parts of the three ingredients, but later cognac was served in two parts to one part triple sec and one part juice. The naming of the restaurant and bar was after this vintage cocktail bestowed upon its associations of the golden age of cocktails. 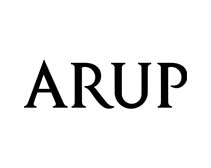 How to Make a Sidecar Cocktail

The cuisine served at Sidecar restaurant was Canadian. It also catered to vegetarian and gluten-free dietary requirements. As it only opened from 5 pm, the menu was designed for evening meals and drinks.

Starters and side dishes included the chef’s selection of soups, mixed greens and three types of salad. Also available were the Salmon Tartare, Beef Carpaccio, Seared Yellowfin Tuna, Freshly Shucked Oysters and Bufala Mozzarella. All starters were priced between $3 and $14.

Main course dishes ranged from Spaghettini Carbonara at $16, to the Herb Crusted Rack of Lamb at $29. Others available were Ontario Pork Chop ($26), Pan Roast Chicken ($20), Seafood Linguine ($19) and Atlantic Salmon ($20).

From Sundays to Wednesdays, the prix fixe was available for $27. It included a combination of the following:

The dessert was the chef’s choice of the day.

Sidecar offered a selection of wines from Canada, the USA, France, Italy and Spain. These ranged from a Jean-Paul Cuvée Rouge at $36, to a Tignanello at $206. Cocktails included the Negroni, Gin Martini, Sazerac or the Old Fashioned.

The restaurant was the winner of Tripadvisor Canada’s Certificate of Excellence in 2016 and 2018. Most reviews that Sidecar has received have been generally positive.

Been coming now for 10 years! Service and food are always top notch.

Consistently excellent from start to finish! The staff is wonderfully attentive and the quality of the food is extremely high.

It was great to go with our beautiful daughter and my sister for a wonderful time, great food and place! Loved it!

A review in Toronto.com describes a cocktail selection of simple classics, and The Negroni that ‘hits the right balance of bitter and sweet.’ The reviewer also described the food menu as ‘refreshingly succinct,’ and the prix fixe as ‘one of the best dining deals in town.’

In most reviews, the service was described as friendly and attentive. The food was mentioned as delicious and with generous portions and at excellent value for money. There was also pleasing décor and a warm and inviting atmosphere. Sidecar has received many 5-star online reviews. The only negative point is that guests were sometimes not able to secure a table as they were in high demand.

College Street is a thoroughfare that runs through the downtown of Toronto. It is named after the University of Toronto, St. George campus, between Yonge Street and Spadina Avenue. It is one of the city’s main central arteries, home to a range of businesses and entertainment venues. College Street in Toronto can offer many restaurants to visit.

The street stretches from Dundas Street in the west to Yonge Street in the East. It runs through several neighbourhoods, which include Brockton Village, Dufferin Grove, Little Italy, Kensington Market and Baldwin Village.

Visitors to Little Italy will notice the many eateries, trendy cafes and bars. There are obvious Italian influences here, and the area was even the name and setting of a recent movie. Kensington Market is a bustling area of coffee shops, bookstores, organic food and vintage clothing stores. This neighbourhood is just south of College Street.

Towards the east end of the street, there is more of a multicultural feel. Here you can find Vietnamese, Lebanese, Portuguese and Persian restaurants and sandwich shops.

Dailo is a restaurant that serves Asian cuisine through the French traditions of cooking. Dishes include Burmese Tofu for $16, Singapore Curry Cauliflower for $23 and Smoked Duck Bokkeum for $46.

It is an Italian restaurant and deli with a large dining room and patio. Mercatto serves traditional Italian meals that use fresh produce, and it boasts an award-winning wine list. Dishes include a Prosciutto Pizza for $18, Gnocchi for $18, and Pollo Alla Diavola for $25.

The Walton is a cafe and cocktail bar that is open from early to late. A cozy yet classic interior and a back patio are the main features of this dining place. The light food menu serves meat, cheese, fish, pies and other snacks. Mennonite summer sausage for $9 and braised beef rib pie is $17.

A Mexican restaurant that uses only fresh Canadian products. Dishes include Memelas for $16, Molé Amarillo for $17, and Grilled Shrimp for $21.

A fusion of Canadian and Italian cuisines, with a traditional wood-fired oven. Plates include Gorgonzola Pizza for $17 or Tortellini for $25. There is also a selection of wines, beers and cocktails.

Sidecar bar and grill was a College Street restaurant with high standards and many returning customers. These people enjoyed the quality of the Canadian food and drinks, the atmosphere and the friendly service. Although Sidecar has been closed for more than a year, there are many alternative options in the College Street area.

Search on the blog